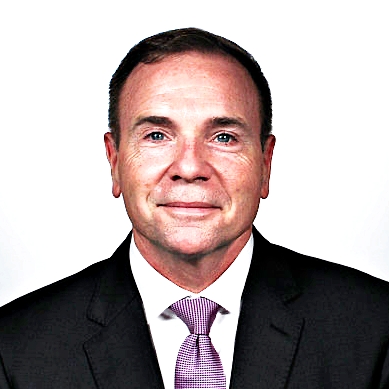 Putin’s attack on Ukraine is a litmus test for the transatlantic alliance’s resilience in both economic and military terms. What is an appropriate response to the Russian aggression? Along with economic sanctions, the Western world and in particular NATO will need to review its military capabilities and strategies to implement both deterrence and to assert readiness in the face of further Russian aggression. Lieutenant General Ben Hodges, former Allied Land Command of the United States Army Europe, will analyze in a discussion with Dr. Meike Zwingenberger, executive director of the Bavarian Center for Transatlantic Relations at Amerikahaus, the current military policies that can be effective in containing Putin’s imperialist efforts in Ukraine and potentially elsewhere.

Click here to register for the event at Amerikahaus for free

Lieutenant General (Retired) Ben Hodges holds the Pershing Chair in Strategic Studies at the Center for European Policy Analysis. He joined CEPA in February 2018. After his first assignment as an Infantry Lieutenant in Garlstedt, Germany, he commanded Infantry units at the Company, Battalion, and Brigade levels in the 101st Airborne Division, including Command of the First Brigade Combat Team “Bastogne” of the 101st Airborne Division in Operation IRAQI FREEDOM (2003-2004).

His other operational assignments include Chief of Operations for Multi-National Corps-Iraq in Operation IRAQI FREEDOM (2005-2006) and Director of Operations, Regional Command South in Kandahar, Afghanistan (2009-2010). General Hodges has also served in a variety of Joint and Army Staff positions to include Tactics Instructor; Chief of Plans, 2nd Infantry Division in Korea; Aide-de-Camp to the Supreme Allied Commander Europe; Chief of Staff, XVIII Airborne Corps; Director of the Pakistan Afghanistan Coordination Cell on the Joint Staff; Chief of Legislative Liaison for the United States Army; and Commander, NATO Allied Land Command (İzmir, Turkey). His last military assignment was as Commanding General, United States Army Europe (Wiesbaden, Germany) from 2014 to 2017. He retired from the U.S. Army in January 2018.