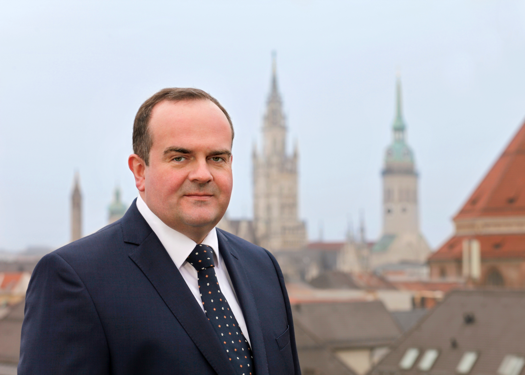 Speaker:  Clemens Baumgärtner, Head of the City of Munich’s Department of Labor and Economic Development

Register in advance for this event:

After registering, you will receive a confirmation email containing information about joining the event.

Munich is one of Germany’s economic powerhouses. For many years, the city has been leading the field of major German cities in terms of GDP per capita, purchasing power, number of DAX-listed companies or the lowest unemployment rate. But the Corona pandemic has also hit Munich hard, spurring many topics.

In order to answer these questions and more, our March AGBC online meeting will feature Clemens Baumgärtner, Head of the City of Munich’s Department of Labor and Economic Development (welcome.munich.de) in conversation with AGBC Munich President Constanze Sabathil.

Clemens Baumgärtner was elected into the office as Head of the Department of Labor and Economic Development by the Munich City Council in December 2018 and has been in this position since March 2019.

Born in Munich in 1976, Baumgärtner studied law at Ludwig-Maximilians-Universität München and also obtained a Master of European and International Business Laws (LL.M. EUR.). Since 1996, Baumgärtner has represented the political party Christian Social Union (CSU) in the district council for Untergiesing-Harlaching. He is married and father of two children.