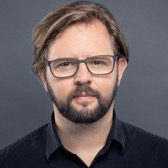 Register in advance for this webinar:

After registering, you will receive a confirmation email containing information about joining the webinar.

The entertainment industry relies on close human contact to produce content and public consumption. COVID-19 has changed the entertainment industry both short term and long term. In this 30-minute webinar, Jimmy Hayward and Heiko Nemmert (Co-CEO) of Baby Giant Hollyberg will outline how the entertainment industry has been impacted and what the long term ripple effects could be both on the filmmaking (supply) and film-going (demand) side. As the world is adjusting to home office and most likely spending more time than normal watching TV, to satisfy demand with new content the industry faces many challenges.

Baby Giant Hollyberg (www.babygiant.de) is an American/German innovative content studio located in both Babelsberg and Los Angeles.  Focused on the production of high caliber, computer-generated entertainment for worldwide audiences, it specializes in the creation of healthy, sustainable intellectual property with exploitation potential in all media forms. The core foundation of all of Baby Giant’s animated projects is that they are unique and distinct ideas and stories set in fantastic imaginary worlds. The studio was founded in 2016 by the US/Canadian-filmmaker Jimmy Hayward, the US producer Christopher DiGiovanni and the German producers Daniel von Braun and Heiko Nemmert.

Jimmy Hayward is Co-founder of Baby Giant Hollyberg.  He has been writing and directing major motion pictures for two decades and was one of the original animators in the pioneering computer-animated television series “Reboot” during the nascent year of CG animation.  He worked for Pixar on many of their beloved films, then joined 20th Century Fox and Blue Sky Studios as a writer and sequence director.  More recently he directed “Horton Hears A Who” which earned nearly #300 million worldwide.  With 25 years involvement in feature film animation, Jimmy brings a team of industry veterans from major studios to every project.

Heiko Nemmert, CEO of Baby Giant Hollyberg, will give a market overview on content and also discuss how traditional films may have taken a back seat to animation, both in terms of interest and financially for investors.

Join us for a view behind the scenes to the digital content industry.